Making an informed choice about your oil change just got easier.

Thanks to new research on the quality of engine oil. AAA found that synthetic oil outperformed conventional oil by an average of nearly 50 percent in its independent evaluation.  Which offers vehicles significantly better engine protection for only $5 more per month when following a factory-recommended oil change schedule. To protect vehicle engines, particularly those that operate in extreme conditions, AAA urges drivers to consider a switch to synthetic oil at their next oil change service. 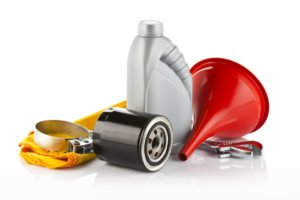 from damage. AAA found that synthetic engine oils performed an average of 47 percent better than conventional oils. In a variety of industry-standard tests, John Nielsen, AAA’s managing director of Automotive Engineering and Repair. Said “With its superior resistance to deterioration, AAA’s findings indicate that synthetic oil is particularly beneficial to newer vehicles with turbo-charged engines. Also for vehicles that frequently drive in stop-and-go traffic, tow heavy loads or operate in extreme hot or cold conditions.”

Switching from a conventional oil to a synthetic oil

“It’s understandable that drivers may be skeptical”

Any oil change that is nearly twice the cost of the alternative,” continued Nielsen. “While a manufacturer-approved conventional oil will not harm a vehicle’s engine. The extra $30 per oil change could actually save money in the long run by protecting critical engine components over time.”

The hesitation to select a synthetic oil may stem from American distrust in repair facilities. Another recent AAA survey found that two-thirds of U.S. drivers do not trust repair facilities. With most citing concern over the recommendation of unnecessary services. At FMS Performance we adhere ourselves to high standards, including, technician certifications, ongoing training, financial stability, facility cleanliness, insurance requirements, rigorous inspections and customer satisfaction.

AAA’s engine oil research focused on eight industry-standard ASTM (American Society for Testing and Materials) tests to evaluate the quality of both synthetic and conventional engine oils. In terms of shear stability, deposit formation, volatility, cold-temperature pumpability, oxidation resistance and oxidation-induced rheological changes. At the time of testing, all tested oils were licensed by the American Petroleum Institute and advertised to meet the International Lubricants Standardization and Approval Committee’s GF-5 specifications. When selecting an oil, it is critical to reference the vehicle’s owner’s manual to ensure that the oil meets the exact specifications for that particular engine. 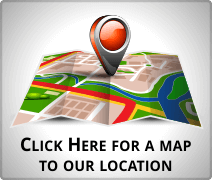